With dozens of devastating bushfires burning across New South Wales and Queensland, communities, farms and businesses are being destroyed. More than 2.5 million acres have been scorched. People and wildlife are suffering and the plight of the Koala Bear has come into sharp focus. Television news and social media are awash with images and videos of koalas being rescued from the raging fires. This has led to an outpouring of donations to help for the burned koalas in need of hospitalisation.

Over 1,000 koalas are estimated to have perished during the fires with 80% of their habitat destroyed. This is the view of Deborah Tabart, chairman of the Australian Koala Foundation.

This is is in relation to a threatened species that had earlier this year already been categorised as “functionally extinct” and in danger of becoming extinct by 2050. So it is no exaggeration, therefore, to say that the bushfires have caused a crisis for the marsupial that, along with the kangaroo, is synonymous with Australia. It is nothing short of a national tragedy for Australia.

Functional extinction implies that a population is so limited that it can no longer play a significant role in their ecosystem. The remaining population would become highly susceptible to disease and its long term viability would be slim.

The outpouring of international grief at the plight of the koala has been overwhelming. Some animal activists have however described this as a case of selective dissonance due to the lack of grief at the plight of so many millions of animals at the hands of industrialised farming. However painful that is to some, there is no doubting the pain felt at the extinction of an entire species at the hands of humanity’s actions.

Back in May this year, Tabart had called on the Prime Minister to enact the Koala Protection Act, which had been prepared in 2016. “The plight of the koala now falls on his shoulders,” she said.

Deforestation has already destroyed many eucalyptus trees that are the main source of the koalas’ diet. A koala needs up to 2 pounds of eucalyptus leaves per day. With eucalyptus plants taking a few months to grow back after a fire, the remaining koalas are staring at a very real possibility of starvation.

Christopher Titmuss, a writer for this site described the Australian bushfires earlier this month as threatening thousands of communities with farms and towns living under threat of numerous fires.

‘Catastrophic’ fires were raging “with daily temperatures reaching into the mid and high 30s along with winds up to 80 kilometres per hour. These winds can change direction in minutes, triggering immense danger for firefighters, families and homes”.

They continue to unleash environmental havoc after drought conditions for months had made the rainforests and farms “tinderbox dry”.

Meanwhile, the Amazon fires burn with demand for meat serving as a huge factor. Planet Earth needs to be taken care of better. 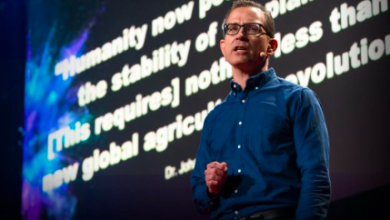