Australians go to the polls this Saturday to elect a new government. Never before has the issue of animal rights been so upfront in an election.

Australia was claimed by the Sydney Morning Herald to be the third fastest-growing vegan economy in the world.

The word “vegan” was googled by Australians in 2018 more than any other nationality. Veganism is fashionable right now in Australia where vegans are changing diet younger and their care for animals and the environment is driving the trend. With an estimated 2 million vegans, Australia is not the macho culture of yore.

The traditional farming world has to adapt to this change. The nation’s farmers are well represented by elected Australian Senators. The current Prime Minister Scott Morrison is firmly on their side, denouncing the vegan activists as “un-Australian.”

Melbourne was rocked by vegan protests in early April. Over 40 activists were arrested. Slaughterhouses were targeted. The issue was the talk of the media. It was everywhere.

The hard-hitting documentary Dominion has been viewed tens of thousands of times during those demonstrations, and animal issues were firmly in the news.

Animal Clock, a real-time Australian website, estimates that over 1.8 billion animals have been killed for food in Australia so far this year.

The animal agriculture industry is central to the economy with an estimated value of $30 billion – about half the gross value of Australian agriculture, 70% of which comes from slaughtered animals.

Live export of animals is one of the largest industries in Australia. Some 2.85 million alive animals were exported in shipping containers in 2018. One incident was particularly tragic when 2,400 sheep died en route to the Middle East.

A stand for animals

Amongst all of this, a political party, the Animal Justice Party (AJP), has been established. Most British people will do a double-take on that. Yes, really, there is a real political party and it is having success at the polls. Emma Hurst was recently elected to the New South Wales State Parliament representing the AJP, becoming the second AJP party member to be elected in the past two years.

In the week that she was sworn in to the New South Wales parliament, this was her promise which we received from her on Facebook:

“My promise to the animals is this:

You have all of me.

The lioness in the circus—I see you.

The pig in the sow stall—I see you.

The mouse in the medical experimentation facility—I see you.

The fish crushed at the bottom of a trawler net—I see you.

I know your suffering, and I will never be silent. I will push forward no matter what life throws my way because the cruelties inflicted on you must end, and I’ll do all I can to see that happen. You have all of me.”

The AJP is running 60 candidates in state and federal elections this year. The Party is setting a political agenda and influencing political discourse by its very existence.

If I were to set up an animal activist political party, I think my questions would be as follows:

Are animals sentient beings to be cherished and loved, or are they simply an economic statistic?

Finally, will Australia’s next prime minister be a friend or a foe to animals? 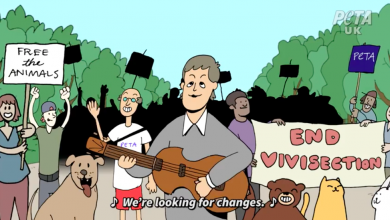