No tourist visit to Brighton is complete without a visit to the iconic Brighton Palace Pier. As of early in the new year, it will now have a 100% plant-based restaurant called Veg Up Your Day on the site of a former doughnut shack.

This is a logical move for a city with a progressive reputation and which is believed to have 70,000 vegans. Yes, you read the correctly, 70,000 – at least that is the figure quoted by Rosario Abbate, manager at the Palm Court which will run the new outlet.

Abbate told the Argus, the local Brighton and Hove newspaper that they were hoping to appeal to the strong local vegan community.

“It’s going to be a new design in a new unit, and it will serve entirely vegan food. The demand for vegan food is increasing. We have a good number of vegan diners already. They’re looking for great vegan food rather than just a salad.”

Palm Court restaurant, which is already testing out a new vegan menu at its current premises on the pier.

Palm Court’s operations manager Remy Haudecoeur has decided not to use plastic packaging on the pier. The new restaurant will use a green alternative for plastic cutlery called ‘vegware’, which biodegrades after only three months.

The Brighton Pier is a Grade II listed pleasure pier located in the city centre which runs entirely on renewable electricity. It opened in 1899 and is the only remaining of three piers. It is now an amusement part and attracts millions of visitors annually. It is open 364 days a year, only closing on Christmas Day. It has been featured in many films including the Who’s concept album and film, Quodrophenia.

Perhaps one day the quintessential English seaside experience of fish and chips on Brighton Pier might even be overtaken by a plant-based equivalent. 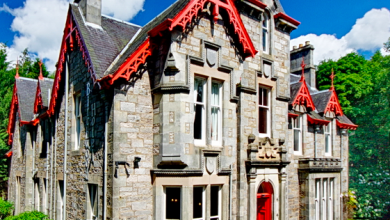